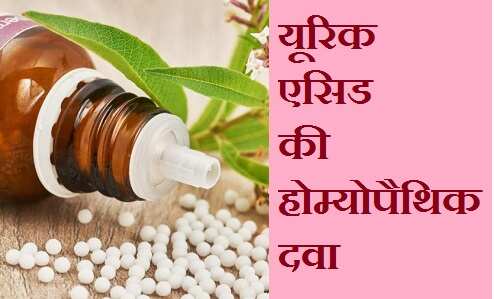 An excess of uric acid can make a person suffer from gout. There could be a higher percentage of uric acid in a person's blood due to two chief reasons; an inept excretory system that fails to rid your body of surplus acid and also greater production of the acid. arthritis is of three kinds; gout is one of those three. Homeopathy is known for its efficacy in treating gout. Gout is caused by a defect in metabolism that results in an overproduction of uric acid, or a reduced ability of the kidney to eliminate uric acid. The pain frequently starts during the night and is often described as throbbing, crushing, or excruciating. The joint appears infected with signs of warmth, redness, and tenderness. In the modern science of homeopathy, the emphasis is given to removing the cause, the effect will disappear automatically. Homeopathic science strictly believes that all diseases occur with the permission of the individual genetic code so if there is overproduction or defect in the removal of uric acid by the kidney, it means that something is wrong with the message coming out from the genetic code. A genetic constitutional similimum treats the disease genetically. After the right homeopathic medicine, the internal system starts working normally which results in the normal production of uric acid. Hence maintain an adequate amount of serum uric acid level.

ENQUIRY
ABOUT US
Dr. NAVAL'S HOMEO CLINIC AND RESSEARCH CENTRE was established in 1995. Since 16 years, it has grown tremendously in various fields of Human health care treating thousands of patients with various disorders. We have modern clinics in West and South Delhi and spreading all over India. Our clinic equipped with latest software and efficient central monitoring suited best to the needs of community at large. Here we are not only dealing with Homoeopathy, there is an Complete Wellness centre for your f
LANGUAGE TRANSLATOR
SUBSCRIBE
Get the latest updates and offers.
CONTACT DETAILS